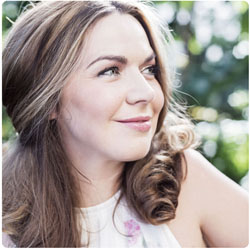 I carried the idea of starting a small publishing company with me for years. The time finally seemed right in the spring of 2007, when my writer husband  Justin Petrone and I moved to Estonia after living in New York. Two years later the publishing company expanded and Petrone Print now has shareholders as well.

We have focused on Estonian writers, but at the same time on the whole world. We started a series of “My…” books, where the authors describe their lives and adventures in one specific place, for example New York, Paris, Alaska, Spain, Argentina… You name it. These books have been continuously in the top ten lists and we publish one new “My…” book every month.

In the last few years, our new series “Tales from Behind the Iron Curtain” has launched succesfully. Estonia’s Soviet experience is still controversial and politicized. Personal memoirs offer a respite from such debates by focusing on individual experiences during the time in question. Each of these memoirs is different, and yet they all provide fresh and intimate looks at the contradictions inherent in postwar and post-Soviet life. Titles include “A Tale of Frozen Child“, “Growing up in the Zone“, “A Russian Girl from Tallinn“, “Daughter of a Soviet Priest“, “Absurd Couture“, “Life in a High-Rise Ant Colony“, and “Flower Power Tripping in Soviet Asia“.

The most succesful best sellers in our company have been my husband Justin Petrone’s books about how an American manages to live in the world’s only post-communist Nordic country: “My Estonia 1”, “My Estonia 2“, “My Estonia 3”   and “Mission Estonia“. Justin has also written a novel called “Montreal Demons“ and a travel book called “Travel Letters”.

Please contact me if you are interested in translating and/or publishing one of our books, if you need help to launch the same kind of “My…” book series in your country, or if you have a book in mind that you would like to recommend for translation and publication in Estonia. I hope to hear from you!

epp.petrone@petroneprint.ee is the easiest way to get in touch with me.